Sometimes You Just Need A Cake 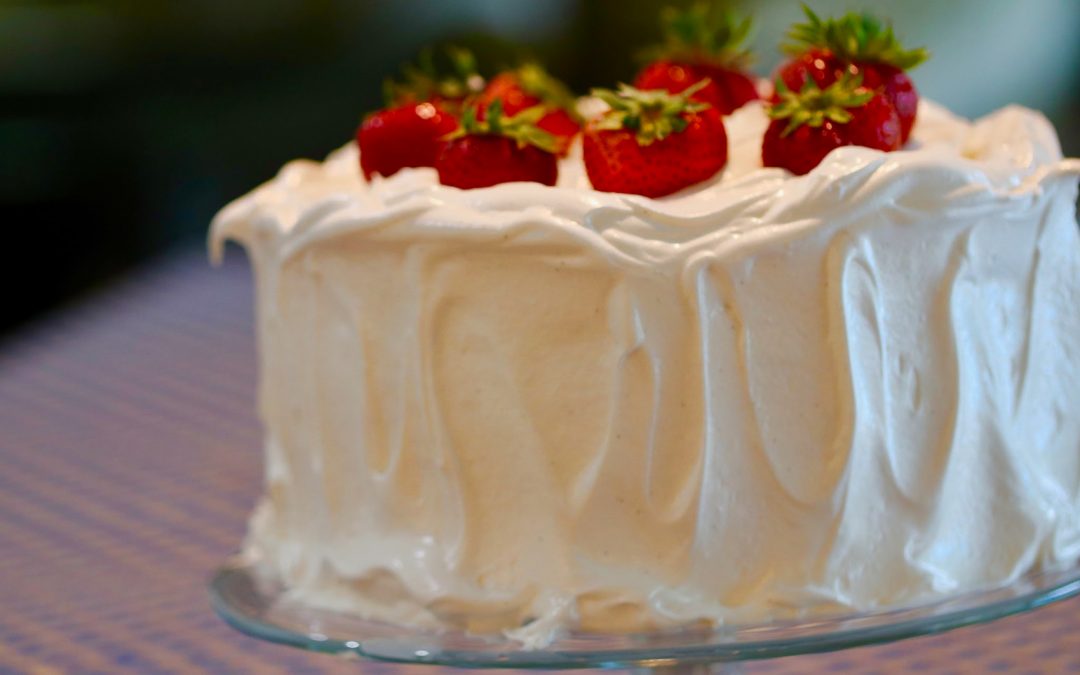 Sometimes you just need a cake . . . Angel Food Cake is our cake of the day!

This recipe is a winner! It won a blue ribbon in the State Fair of Texas cake contest.

The delicate and beloved Angel Food Cake is a timeless American Cake. Sometime around the 1830’s, the first Angel Food cakes were made by the frugal Pennsylvania Dutch cooks. After making noodles with dozens of egg yolks, they couldn’t bear to throw away the egg whites. So they came up with a new cake made of stiffly beaten egg whites and a few simple ingredients. The AngelFood Cake was born!

This award-winning cake won a blue ribbon at the 2007 State Fair of Texas cake contest!

Frosting: Mix the sugar, Karo® syrup, and water in a saucepan. Bring to a boil. Cook until mixture reaches 242ºF on a candy thermometer. Meanwhile beat the egg whites until frothy, add the cream of tartar and continue beating until stiff peaks form (but not dry). Pour hot syrup very slowly in a thin stream into the beaten egg whites until firm, soft peaks form. Gradually adding the salt and vanilla during the mixing process. Spread on the cooled Angel Food Cake, making swirls with the spatula.