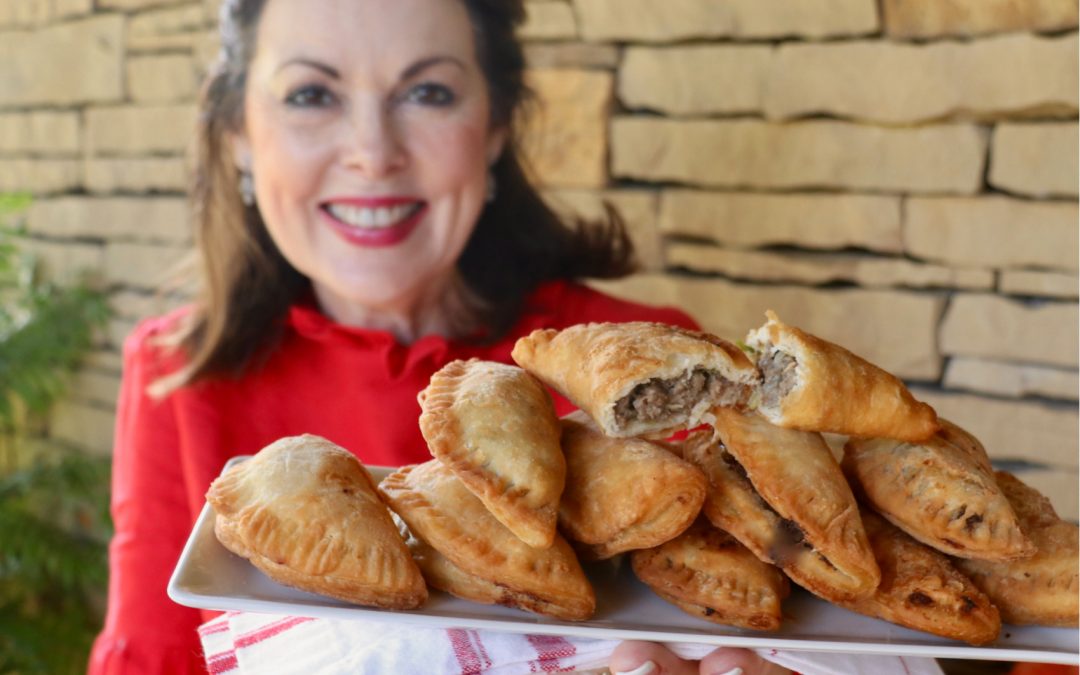 There is something about fall, the change in season and the opening of the State Fair of Texas. It reminds me of growing up in Louisiana and cooking. I especially enjoyed making the famous Natchitoches meat pies. They were one of my favorite things to make.

We traveled to Natchitoches and visited with our cousins. Each time we dropped by one of our favorite restaurants, Lasyone’s. Their Natchitoches meat pies were famous and still are to this day!

Natchitoches, Louisiana was the oldest permanent settlement in the vast Louisiana Purchase Territory. It was founded in 1714 by Louis de St. Denis. Quaint brick streets wind along the high banks of the former Red River bed.

Each year on the first Saturday of December, thousands of people flock to Natchitoches for the annual Christmas Festival of Lights. At dusk, a switch is pulled and beautiful decorations light up on both sides of the Cane River. The famous Natchitoches Meat Pies are among the favorite foods featured at the festival.

I’m sure you remember the annual Christmas Festival of Lights as it was featured in Steel Magnolias, a favorite southern movie.

Fried pies filled with ground beef and a burst of creole spices. Delicious! Serve them during the fall and throughout the holiday season.

*Original recipes call for a blend of ground beef and ground pork. I prefer to make them with 100% ground beef. You can make them either way!