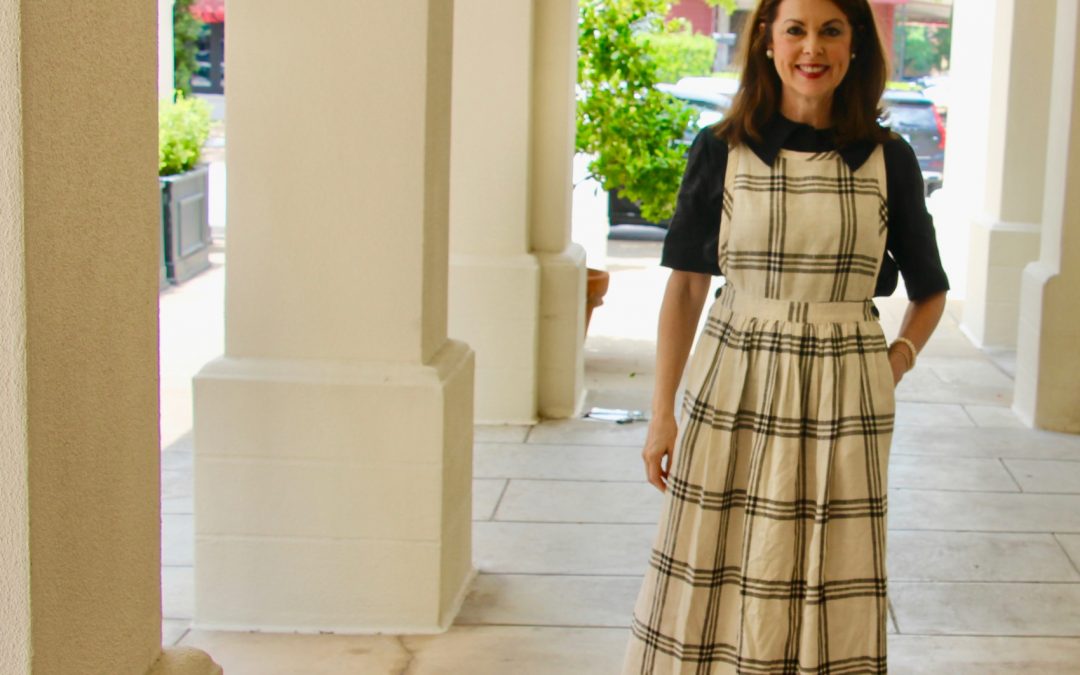 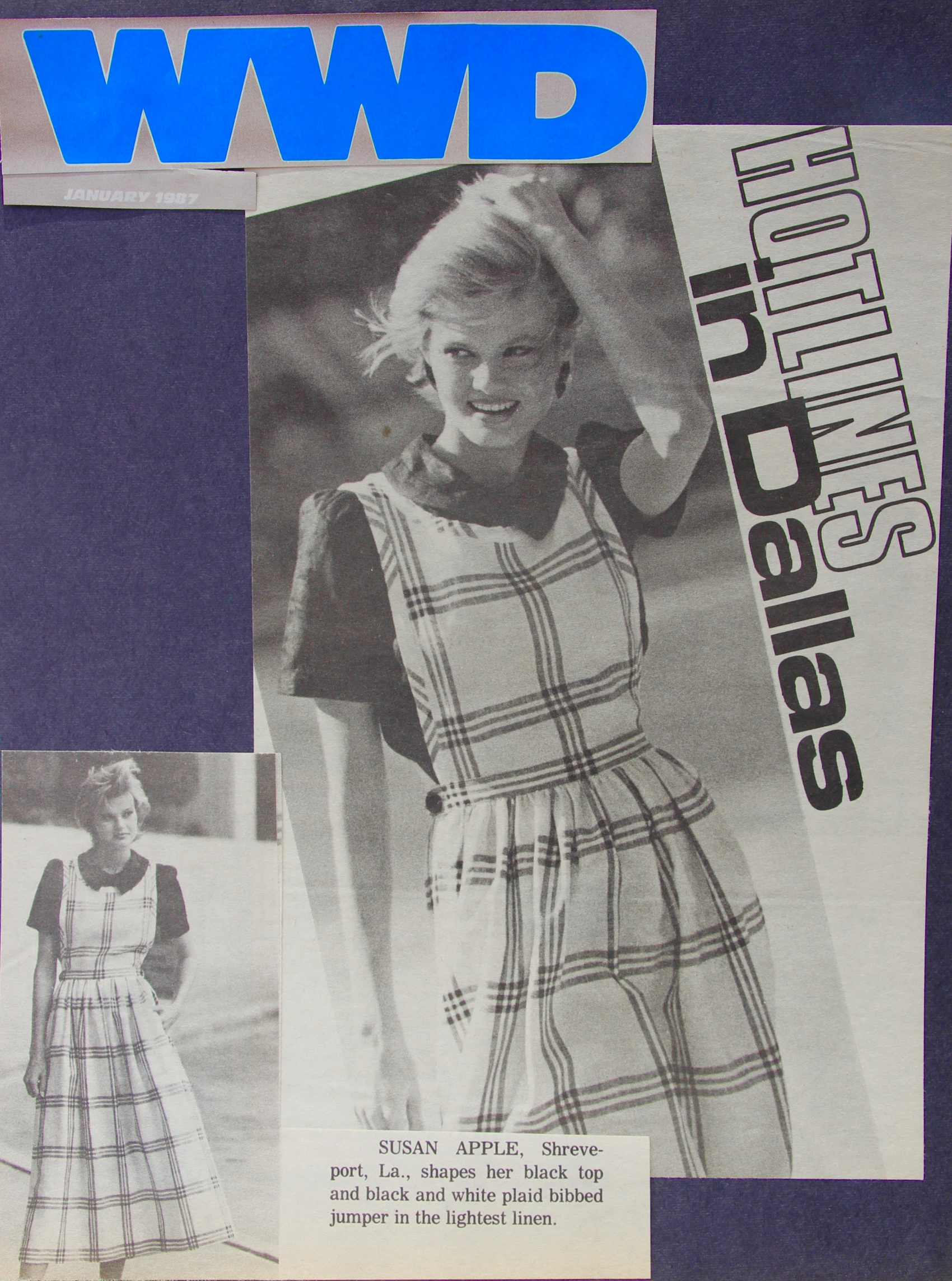 As featured in the Dallas Business Journal, “The Hart Agency Inc of Dallas, has been chosen as the public relations firm for Susan Apple, a Dallas-based fashion designer whose work is distributed in speciality stores in 18 states.” 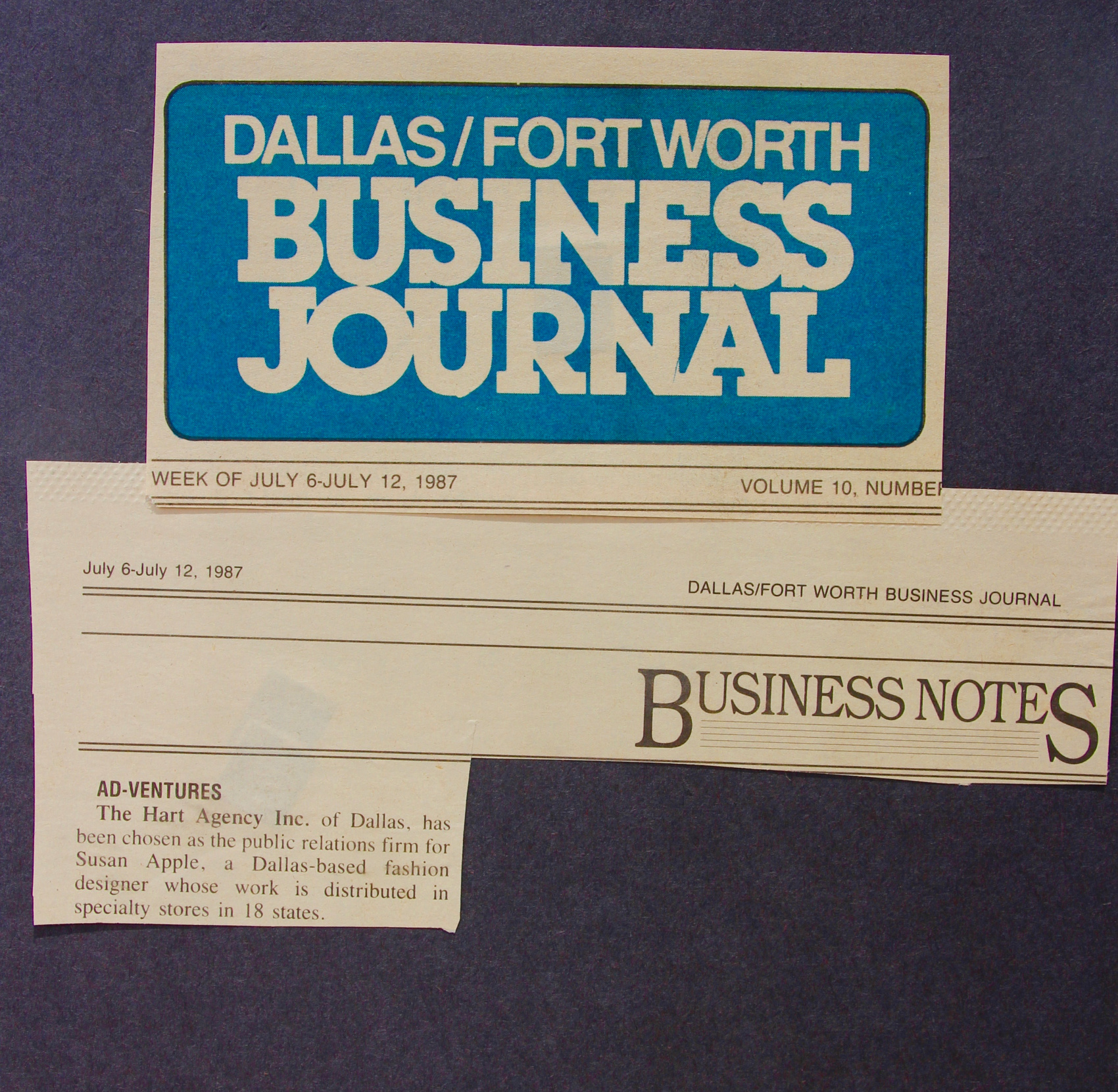 I grew up in a family with a “Can-Do spirit”. Many evenings over dinner, the conversation turned to new business ideas. My father, grandfather, aunts and uncles owned businesses. During my elementary school days, I spent hours in the classroom dreaming about business ideas. So when Margaret McWhorter, one of my TCU college professors offered to finance my apparel business, I jumped at the opportunity! 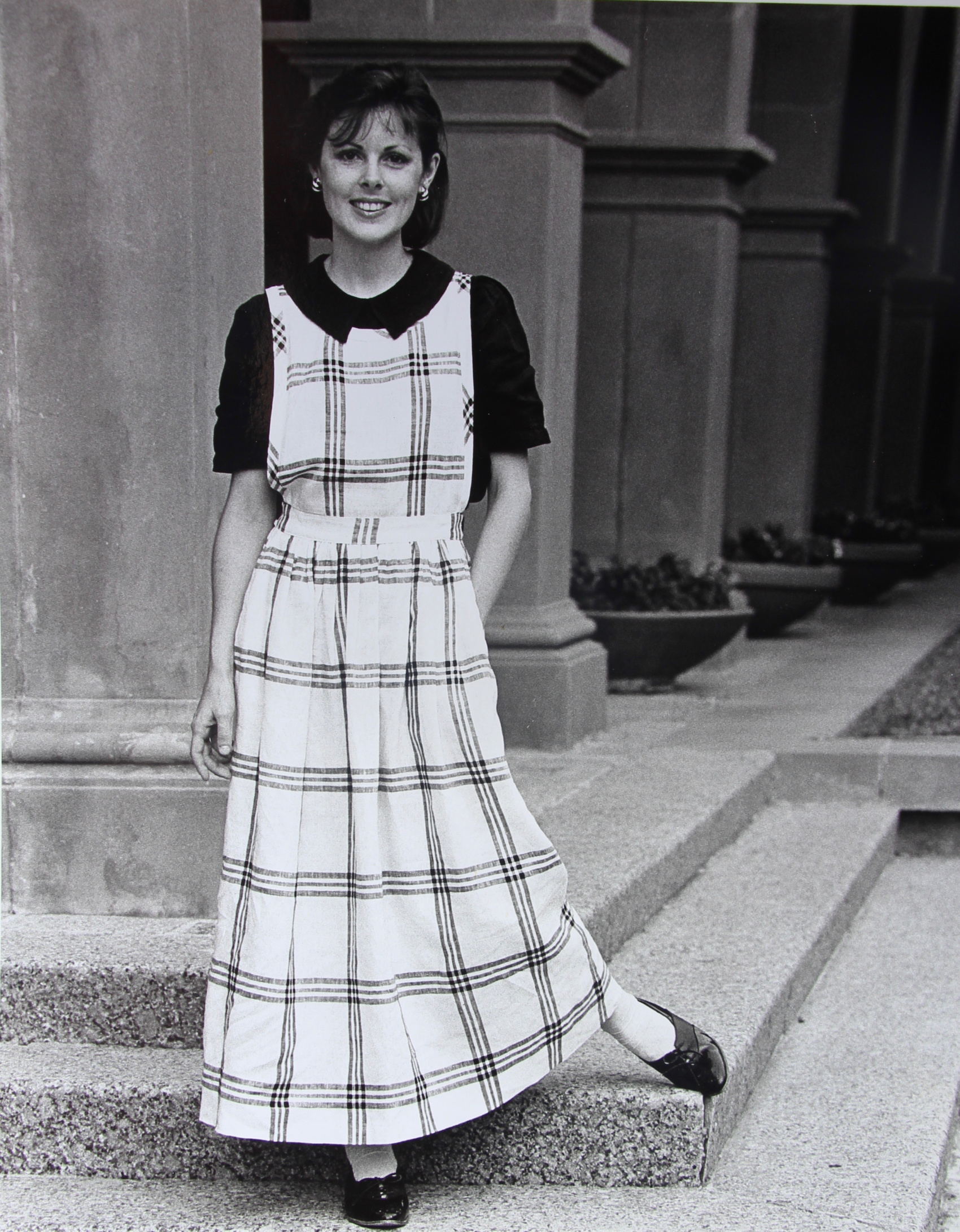 After graduating from TCU in 1983, I moved home and lived with my parents, Billie and Boots Apple. In the same way that my house had been throughout my childhood, it buzzed with activity. Friends and cousins dropped by for visits. We spent a lot of time entertaining on our front porch.

Projects were abundant. We spread fabric out from the front door to the back door for cutting out dresses and costumes. One of my mom’s friends said, “Billie, I don’t know how you can stand all of this mess in your house!” Lucky for us, she always encouraged our creativity and allowed the messy projects.

During the summer of 1984, I spent many hours on our front porch reading Women’s Wear Daily and daydreaming about becoming a fashion designer. I set up a studio & office in the corner of the family room. I designed, drafted patterns and sewed samples. I mapped out a road trips around Louisiana, Mississippi, Arkansas, Texas, and Oklahoma in order to sell Susan Apple dresses. I sold them right out of the trunk of my parent’s car.

Times were good. However, their were numerous obstacles.  One such challenge was gaining capital. My father and I went to the First National Bank for an appointment with a loan officer, James Goin. Although he was more familiar with the oil and gas industry, he didn’t know so much about fashion business. At last, he offered a small business loan with one stipulation. My parents were required to cosign the business loan.

Have you ever heard of Bunkie, Louisiana?!! Most people have not.

Well, that’s exactly where the first Susan Apple dresses were cut and sewn. Right in Bunkie, in a small apparel factory, Bon Cherie. The owner, Tom Vincent opened it when he received a contract to cut and sew uniforms for the 1984 World’s Fair in New Orleans.

I spent hours in the factory and learned the process of apparel production. My business was moving along . . . until everything changed . . .

On a hot July afternoon, the phone rang. It was Tom Vincent, the owner of Bon Cherie. He said, “Sue, I am going out of business. The bank is coming to lock the doors in 48 hours. You need to pick up your patterns and fabrics.”

The disappointing closing of this factory, propelled a move to Dallas. With a shipping deadline quickly approaching, there were just a few days to cut and sew the fabrics into dresses. With a little luck, I found another sewing contractor in Dallas.

It wouldn’t be long before . . . I would take a leap of faith and move my studio & office from that corner in our family room to Dallas! Hot lines in Dallas!