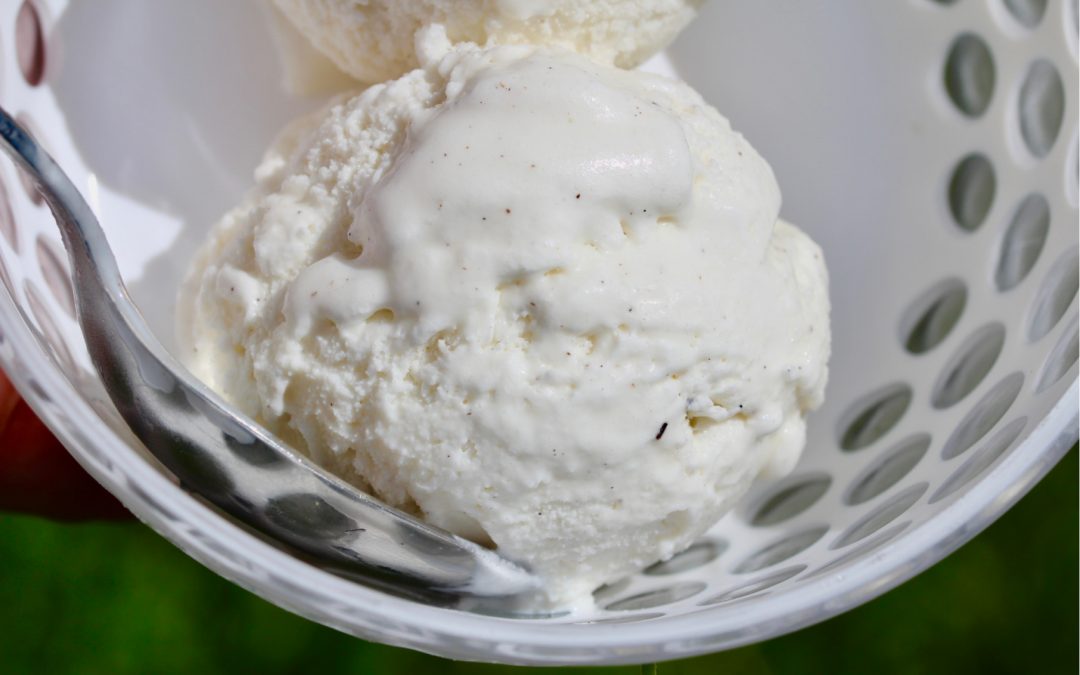 When is the last time you enjoyed some homemade vanilla ice cream? Growing up in Louisiana, ice cream was our favorite dessert. We enjoyed it during family reunions, church dinners, and when cousins dropped in for visits.

The great debate was cooking or not cooking the ice cream mixture before chilling it. Aunt Kitty’s vanilla ice cream was extra rich and creamy. She believed in cooking the milk and eggs to reach a custard-like consistency prior to chilling it. Other family members preferred a simpler approach. Mixing and chilling their favorite ingredients. When peaches were plentiful, they were added to create peaches ‘n cream ice cream. It was out of this world!

In those days, believe it or not, we made ice cream with hand-crank ice cream makers. For what seemed like hours, we sat on our front porch and took turns turning the crank until it wouldn’t budge. At this point, we knew the ice cream was fully whipped and chilled!

For speed and convenience, a Cuisinart Ice Cream Maker is the best choice.

For nostalgia, a Nostalgia Ice Cream Maker is one of your choices.

Either way, your ice cream is bound to receive rave reviews!

When is the last time you enjoyed homemade ice cream? No doubt it takes a little extra effort and time. With the first taste, you will come to realize that it is worth every bit of it because it's absolutely the best, coolest dessert of the summer!