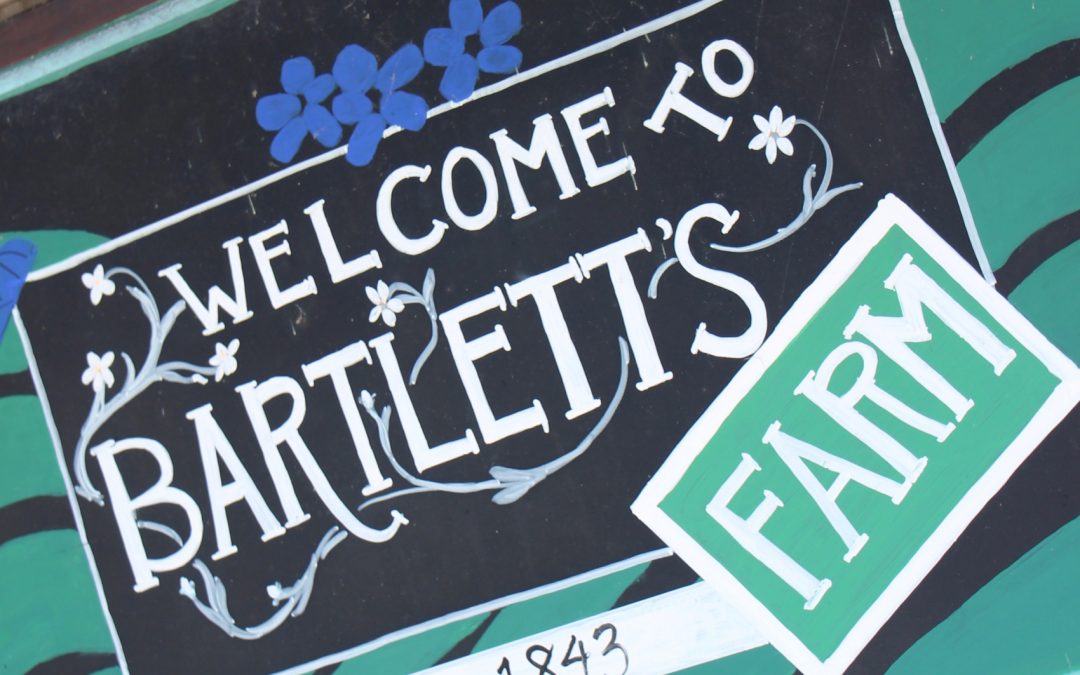 In the early 1800’s when William Bartlett moved to Nantucket, he tilled the land with hand tools and a horse-drawn plow and grew vegetables for his family. He raised cows and started a dairy business. For several generations, Bartlett’s Farms raised cows and sheep.

When he was 13 years old, fifth generation Phil Bartlett started growing tomatoes in his grandmother’s yard. Along with his father John “June” Bartlett and brothers, they began to grow more vegetables. They started selling the homegrown tomatoes and vegetables from a truck parked on Main Street. When Phil went away to college and joined the Marines, “June” continued selling vegetables from the truck on Main Street.

A monument in honor of John “June” Bartlett’s was placed near the intersection of Federal Street and Main Street, where he parked the Bartlett’s Farm truck every day, for over two decades. 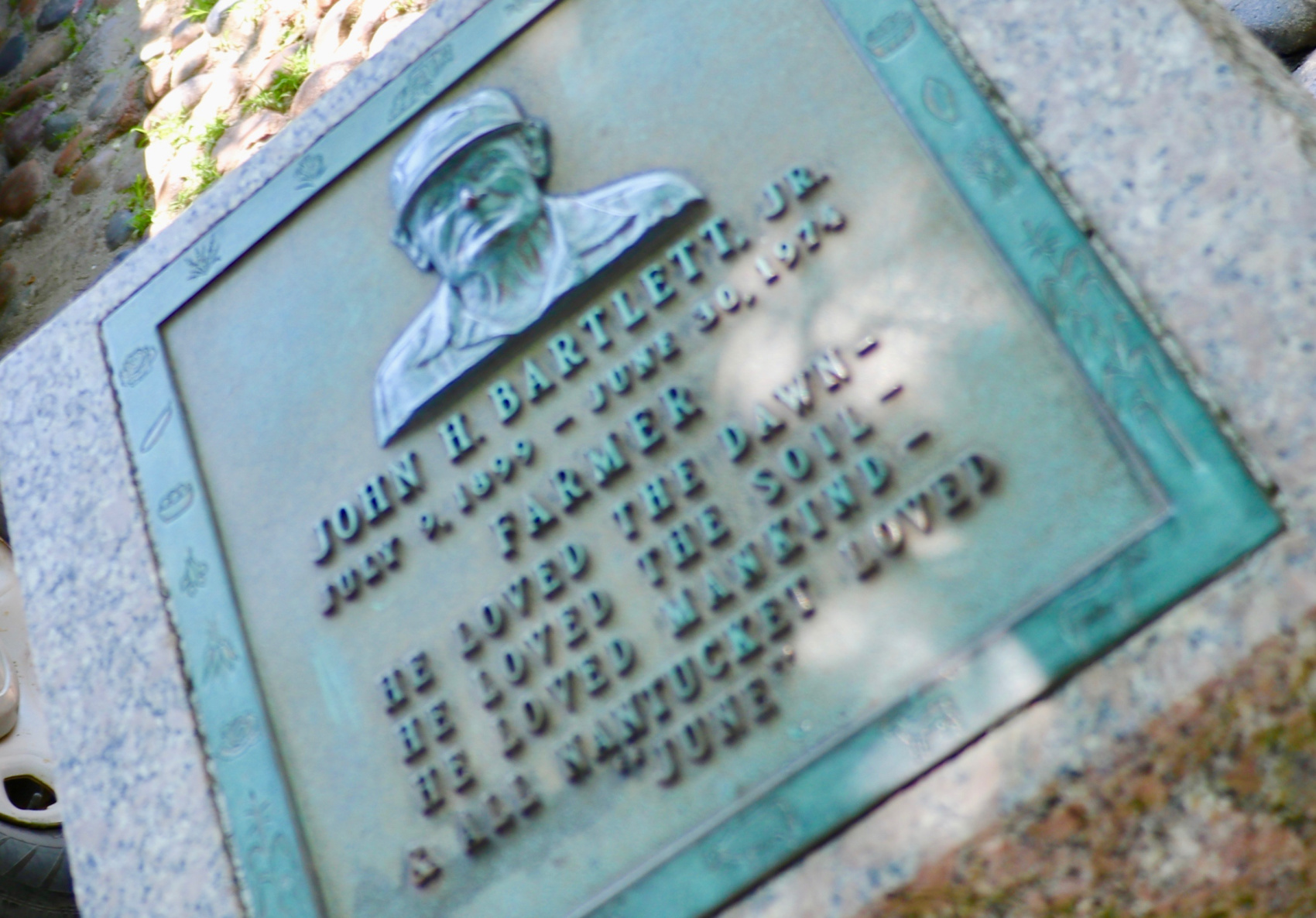 In 1959, Phil returned to Cornell. He met Dorothy. They were married and had two children. Dorothy taught 1st grade at Nantucket Elementary School. With her 3rd pregnancy and finding out she would have twins, Dorothy retired form teaching. While raising her children, she acquired a greenhouse and started gardening. She managed the greenhouses for 20 years, while raising her four children. In addition to having a green thumb, Dorothy baked and grew a bakery business.

In 1994, Bartlett’s Farm Cookbook was printed. With its success, the Bartletts opened a commercial kitchen.

Bartlett’s Farm continues to sell produce and flowers from the truck on Main Street. 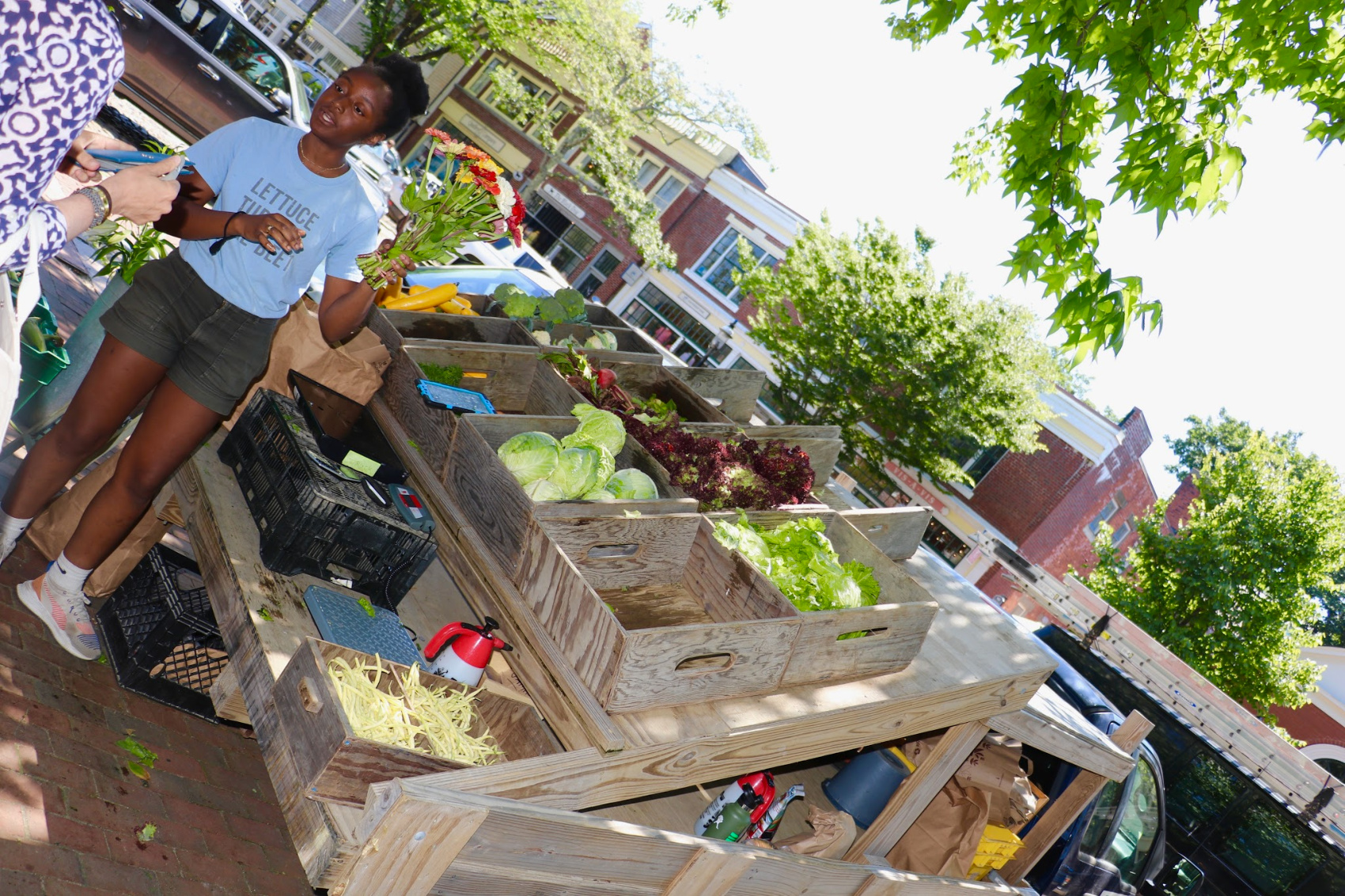 Bartlett’s Farm is a beloved community treasure of Nantucket!