The Sweetest Peaches in Texas 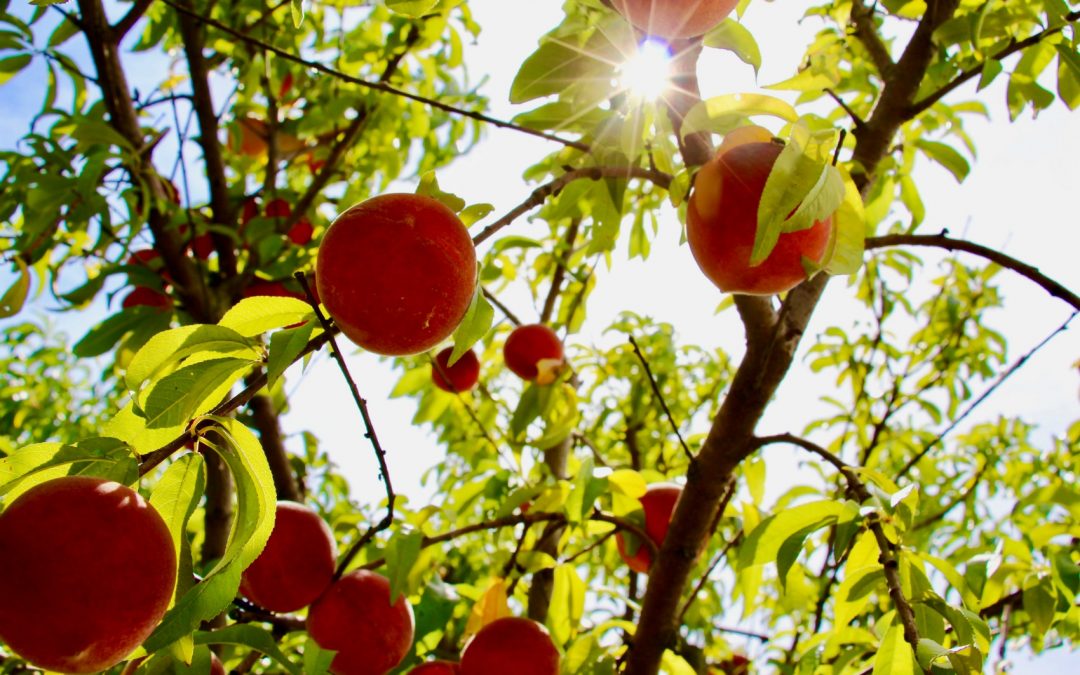 The sweetest peaches in Texas are grown at Winona Orchards. Nestled in the beautiful rolling hills of east Texas, the orchard maintains over 2,000 peach trees in 21 varieties along with blueberry bushes and blackberry bushes. 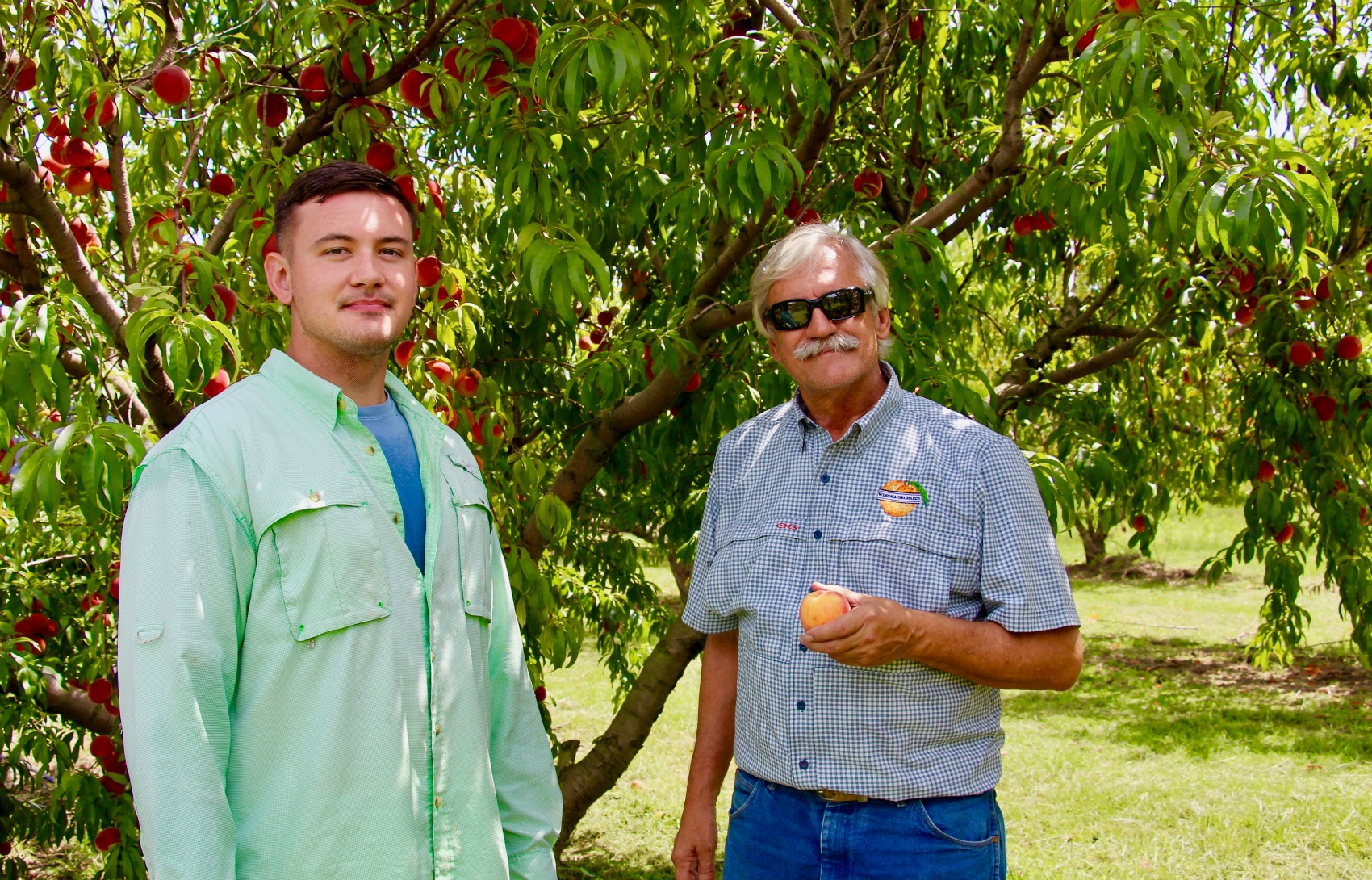 When John Sattler retired from the healthcare industry, he and his wife, Anita bought an east Texas farm. Taking a leap of faith, John planted some peach trees and waited patiently for four years until the first crop was harvested. In 2010, Winona Orchards’ first commercial peach crop hit the market. Since then, Winona Orchards’ peach trees have continued to thrive with annual pruning and care. The trees are pruned like upside down umbrellas to get the most sunshine to the fruit. The trees are thinned so the fruit can grow to full size. 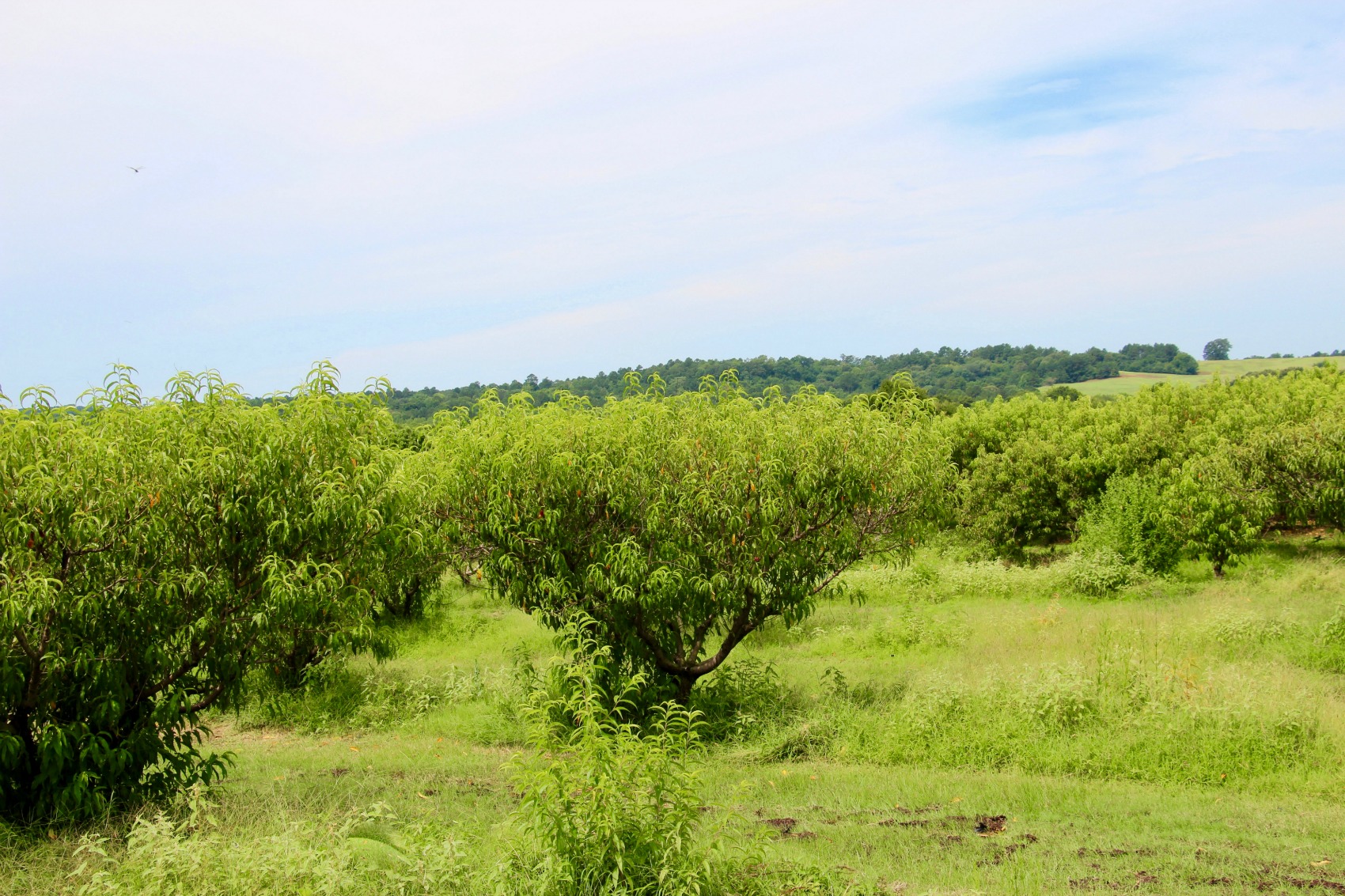 In December, Hunter Sattler, John’s son is graduating from Texas A&M with a degree Ag Econ and focus on finance and real estate. He is a member of the Texas A&M Corps. Growing up around a family-owned business, Hunter knows first hand what it takes to manage the orchard. During his college breaks, he drives trailers full of fruit to farmers markets and works around the orchard. After gaining some work experience, its likely Hunter will combine his life-experience with his Texas A&M education and join the family-owned orchard. 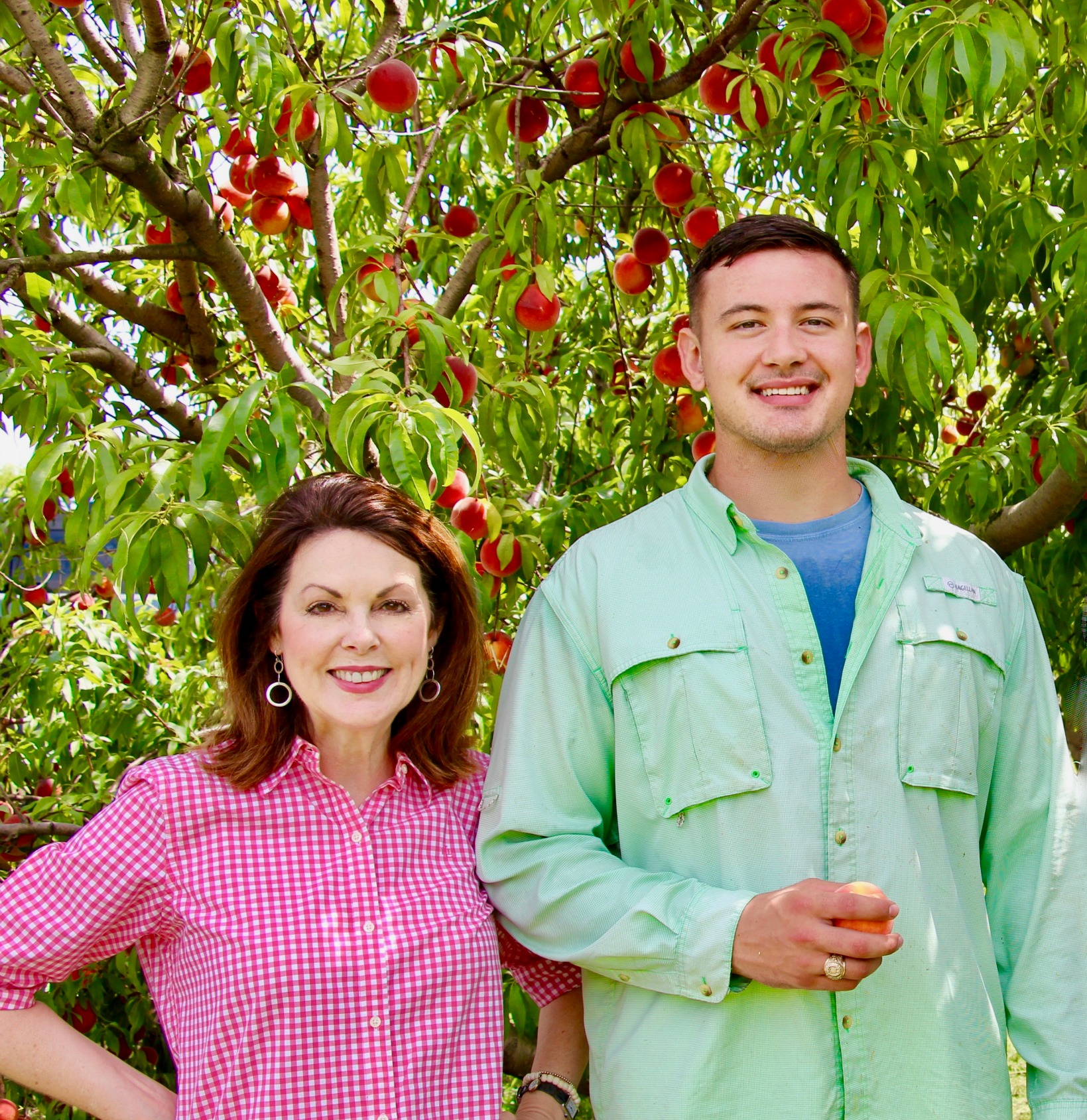 At first glance, operating a peach farm appears as laid back as the rolling hills of east Texas. Behind-the-scenes, Mother Nature plays a big role in the crop’s productivity. Chill hours, a certain number of winter hours(between 32º to 45º) recorded by Texas A & M, are required for the peach tress to rest and produce fruit the following year. 900 is the average number of chill hours for peach varieties.  A freeze too late in the season can result in the loss of a partial or a whole peach crop. After passing the chill hours’ test and missing a late freeze, a hailstorm can wipe out a crop of peaches.

All of this to say that we, the consumers, are lucky to enjoy sweet, juicy peaches!

Stop by and pick up some sweet, juicy peaches!

For information on how to buy and store sweet, juicy peaches read “Ripe For Pickin’ Peaches”!