Just a few months before, we heard that Bobby Flay was scouting for the “Best Home” cooks. He was filming a new Food Network show in Dallas, LA, NYC, Philadelphia and Chicago. We figured the chances of getting on the show were somewhere in the same odds as winning the lottery.

At the last minute, we sent in a few photos and wrote an essay on how we loved cooking for our families. We mentioned entering the State Fair of Texas cooking contests. Much to our surprise, one of Bobby’s scouts called to set up an interview. Long story made short, we were invited to compete in “Bobby’s Dinner Battle.” Sounds great! Just one problem, public speaking is my worst nightmare. How could I possibly cook and talk while the cameras were rolling? Lucky for me, my teammate Grace-anne was witty and fearless!

So . . . we decided to forge ahead. After all, how could we resist such a fun opportunity?! 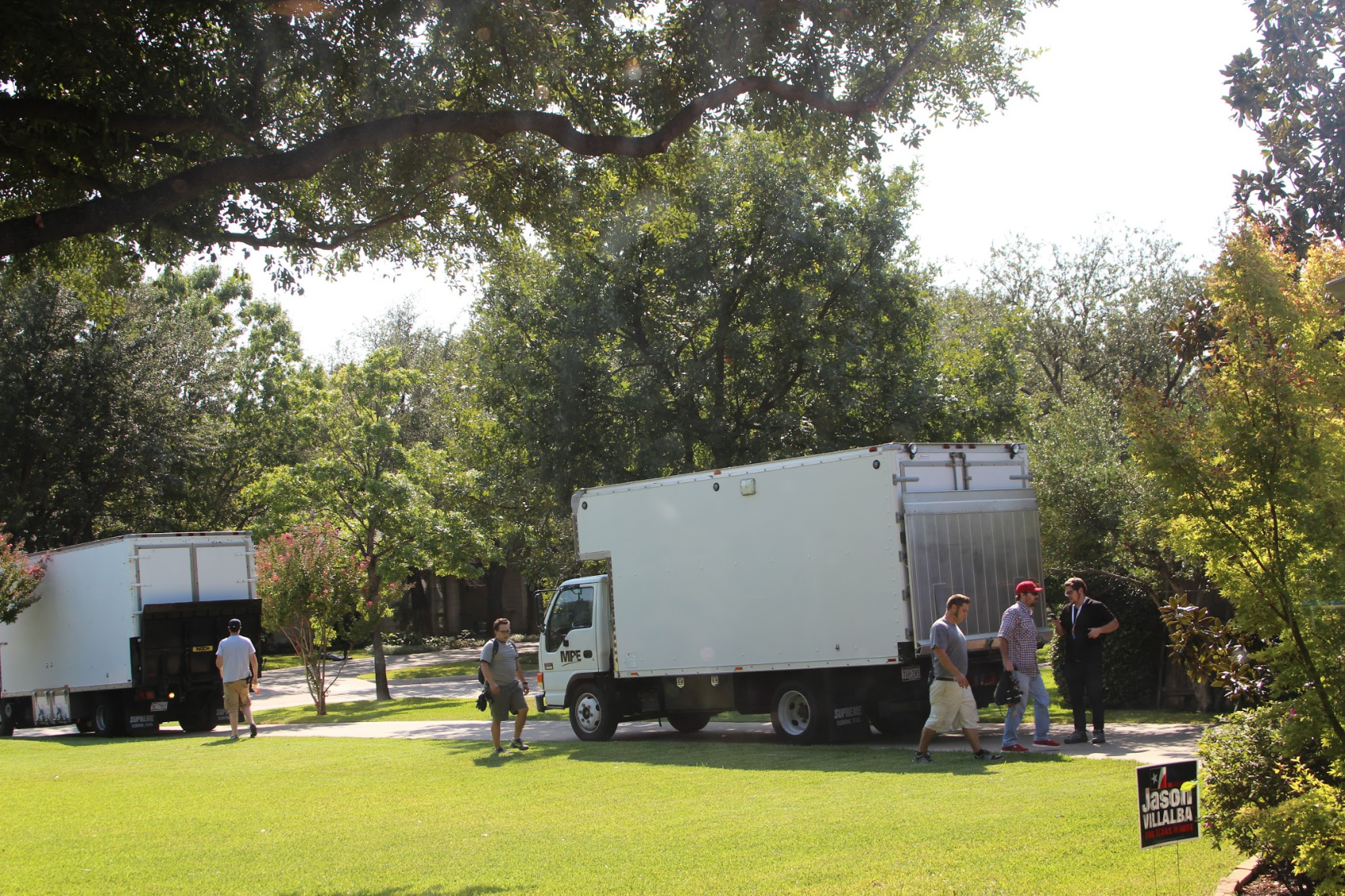 These giant trucks backed down our family’s driveway. It was exciting but scary. Was it too late to change our mind?!!

The doorbell rang, we greeted Bobby’s team. Within hours, the trucks were unloaded and our house had been transformed into a Food Network studio. It was magical. No doubt I still felt butterflies, but this new project was turning into a great adventure!