A Celebration, 100 Years in the Making 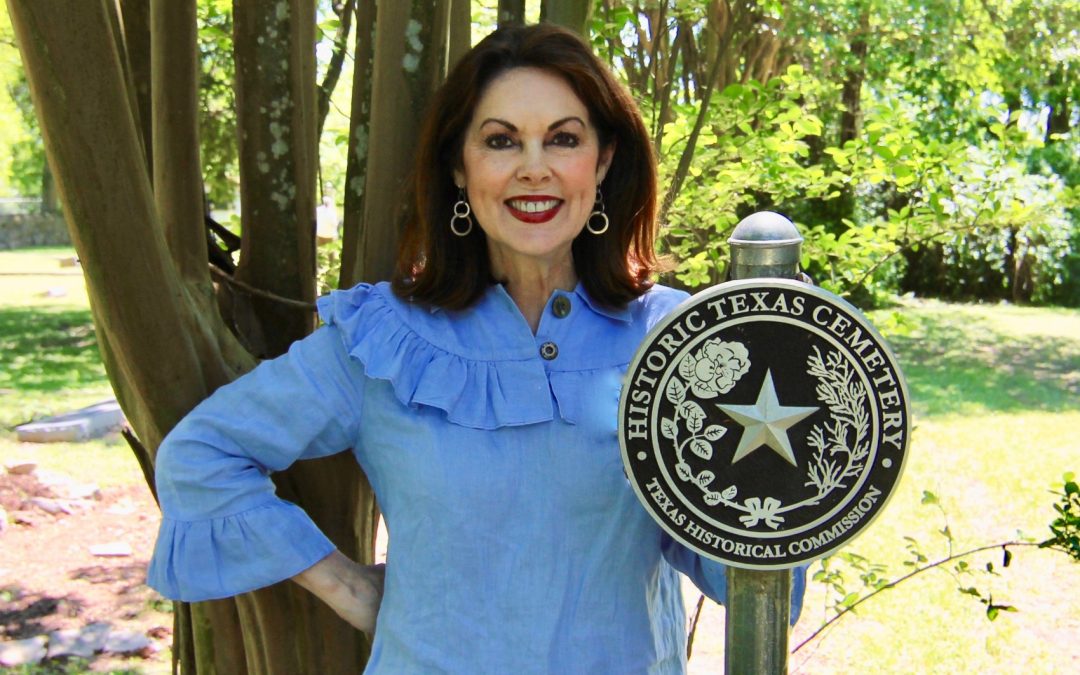 History was made in Austin, Texas 100 years ago. It happened again this month.

Austin – To honor their ancestors, a Daughters of the Republic of Texas – Reuben Hornsby Chapter was formed in April, 1919. For 100 years, members of the chapter held monthly meetings and preserved the history of the Hornsby family. Stories were shared and photos were documented for archives.

The Daughters of the Republic of Texas – Reuben Hornsby Chapter celebrated the 100th anniversary with a family reunion. Over 60 family members traveled from around the country to celebrate! 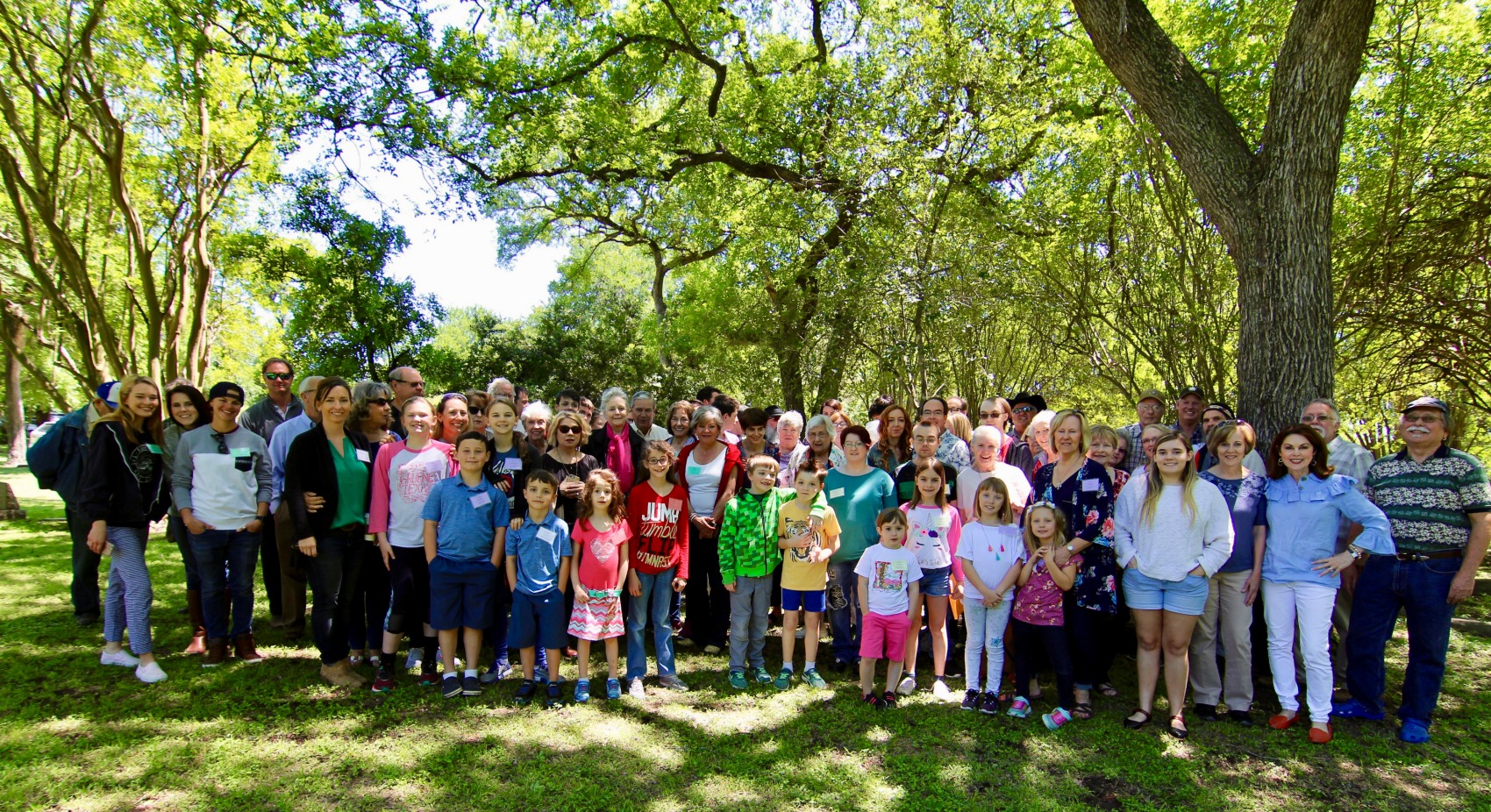 Reuben Hornsby, a soldier, surveyor, and one of Stephen F. Austin earliest colonist and his wife, Sarah Morrison Hornsby and their six children boarded the steamer “Pocahontas” at Vicksburg, Mississippi on January 2, 1830. They landed at the head Brazos river in Texas on Feb 5, 1830. At that time this area was part of Mexico. Little did Reuben and Sarah know it at the time, their courage to move to this unsettled territory in the Wild West would be the beginning of Reuben volunteering in the Army of Texas and sons, William, Malcolm, Josephus, and Daniel serving as Texas Rangers and Scouts during 1835 and 1836. In the spring of 1836, William was 19, Malcolm was 17, Josephus was 14, and Daniel was 12.

April 21,1836, Reuben, William, and Malcolm went on to volunteer at the Battle of San Jacinto, the decisive battle of the Texas Revolution. Following the victory, they returned home and celebrated Malcolm’s 18th birthday on April 27th, 1836.

The Hornsby Bend is prominently displayed on maps of Austin, Texas. Its location is a horseshoe in the Colorado river. According to some accounts, the Hornsby community may be the oldest settlement in Travis County.

Hornsby home, according to J. W. Wilbarger said, “was always noted for hospitality.” Indeed, Sarah was known for welcoming pioneers in her home and feeding weary travelers.

The following beautiful spring Sunday afternoon, a tour of the historic Hornsby Cemetery was enjoyed by all. Many Texas Rangers were buried here along with Rogers Hornsby. 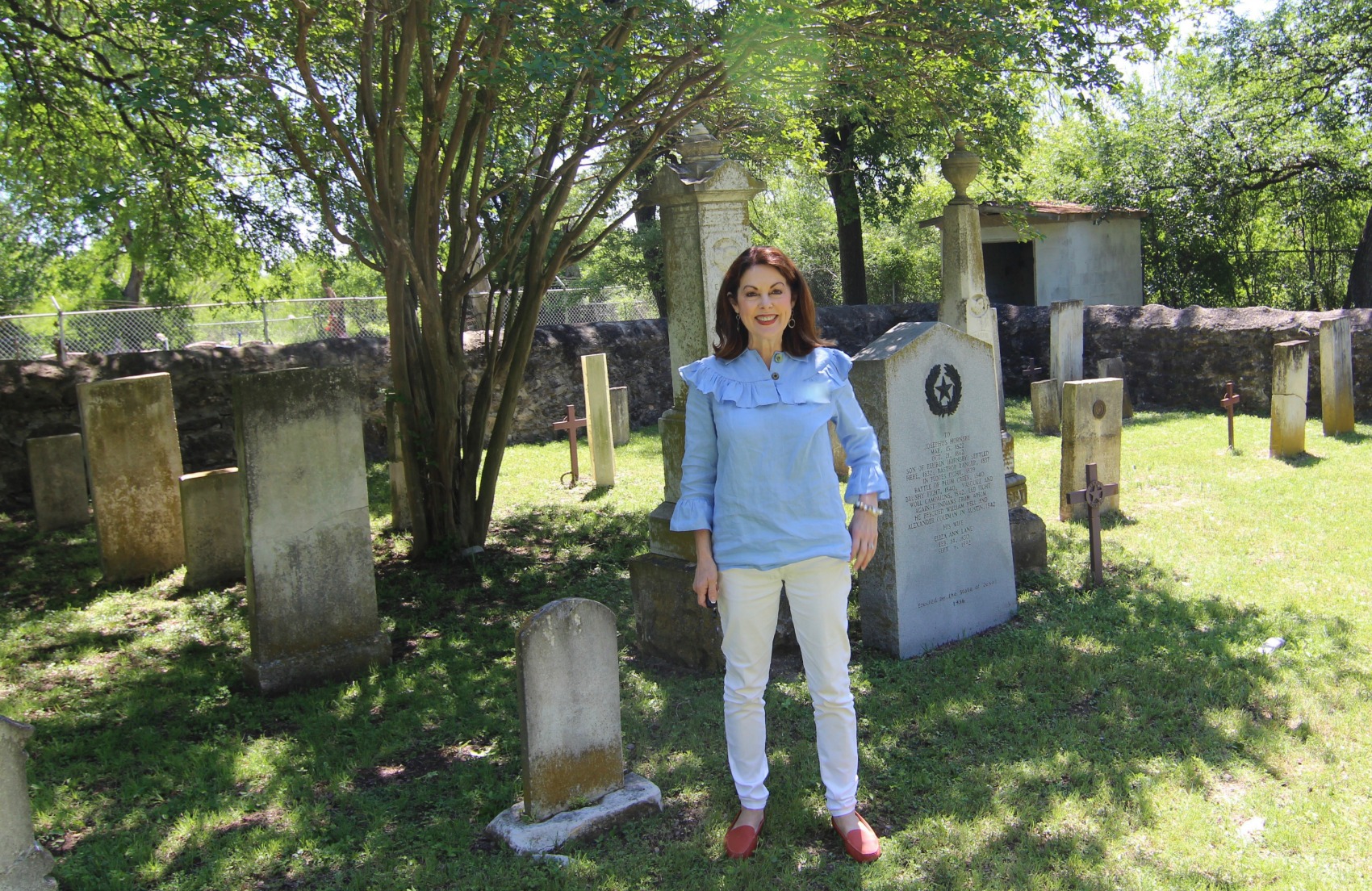 No doubt the Hornsby’s legacy will be preserved and passed down to future generations. Thats’s the spirit of Texas!